Obstructive sleep apnoea (OSA) is a debilitating condition which causes people to temporarily stop breathing while they sleep.1 It is caused by the muscle and tissues surrounding the throat relaxing and obstructing airflow whilst breathing.2

Whilst these disruptions are temporary, people with OSA may experience this many times throughout the night, significantly affecting their sleep and impacting on their quality of life.2

Poorly managed OSA can increase the risk of developing Type 2 diabetes and cardiovascular conditions, such as hypertension, stroke and heart attacks.2 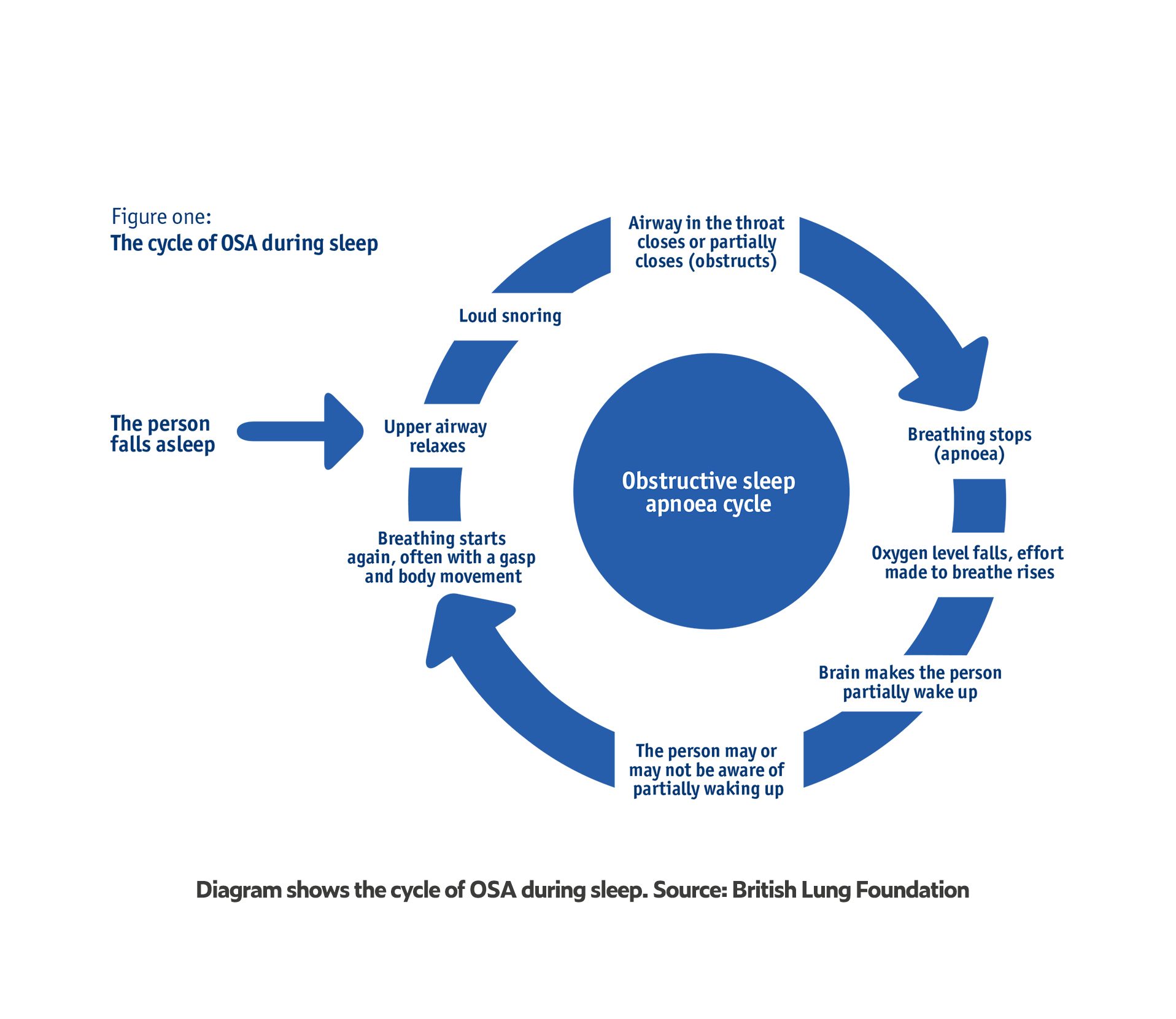 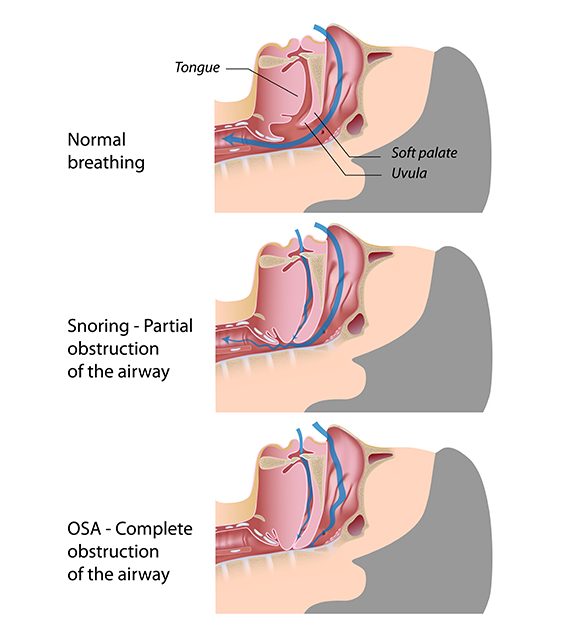 The burden of OSA

There is a significant unmet need for earlier diagnosis, management and effective treatment of OSA.

OSA affects approximately 1.5 million people in the UK2 and an estimated 936 million people worldwide.3 In Europe, it is thought that 175 million people are likely to have OSA, of which over 50% have moderate to severe sleep apnoea, meaning they experience at least 15 breathing events an hour during sleep.4

However, as partners or family members are often the first to notice the symptoms of OSA, there is potentially a vast number of people who are undiagnosed.2 In the UK around 85% of people with OSA are undiagnosed, and therefore not treated.2

Untreated OSA can have both short-term and longer-term health, work and personal consequences for patients and the health services, which causes significant economic burden.5 If all moderate to severe OSA cases in the UK were diagnosed and treated, the NHS could save approximately £28 million each year.2

In the US, a 2015 study evaluating the economic impact suggests that undiagnosed sleep apnoea costs approximately $149 billion per annum due to lost productivity, related health issues and accidents as a result of sleep deprivation.6

OSA can affect anyone, but it is more common in:2,7

Men than women
Older people (up to 20% are aged 70 and over)
People with Type 2 diabetes
People who are overweight – 44% of obese people have this condition
People who have physical traits such as having a large neck, small airways or a large tongue

With cases of obesity on the rise, especially amongst younger people, it is expected that the incidence of OSA will increase.2

Improving quality of life for patients

Other than encouraging lifestyle changes, OSA is most commonly managed and treated using a continuous positive airway pressure (CPAP) device, which provides a continuous flow of pressurised air via a face or nose mask.2

This form of treatment has been shown to be effective in preventing airway collapse and eliminating disrupted sleep.8

However, compliance is a key issue with the devices available on the market. One study, looking at trends over the last 20 years, concluded that the non-adherence rate for these devices is as high as 34%.9

There are a number of reported issues that can cause poor adherence and compliance, limiting the effectiveness of this treatment.

Many patients find it uncomfortable to breathe out against the pressurised air flow when using these devices10
Continuous air flow can dry the mucosal tissue and skin, causing irritation and nasal congestion8
Reports of allergic reactions caused by the continuous flow of air throughout the night8
Many patients find the mask cumbersome and uncomfortable to wear10
Some devices can be noisy when used and can disturb the sleep of the user or their partner10

There is a clear need for an alternative air flow device for patients with OSA, which will aim to address the key patient and clinical barriers to effective OSA treatment.

With its precision and versatility, BAT valve technology will be adapted in order to develop an air flow device to meet these critical needs.

The device will apply this innovative technology to provide air flow only when the patient is breathing in. The design will also ensure the patient does not need to breathe out against a continuous high positive pressure in the airway, making it more comfortable for the patient.

Taking learnings from developing the Intelligent Medical Oxygen Delivery (IMOD) device, it will also be possible to create a device that functions silently, helping to minimise sleep disturbance.

These features will significantly improve quality of sleep for patients with OSA.